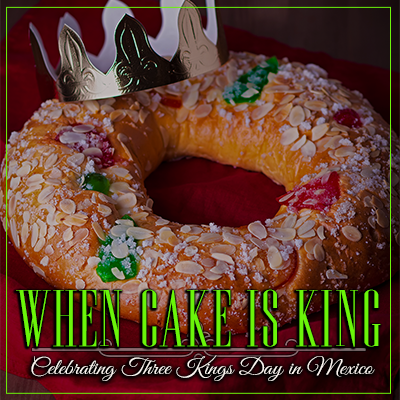 When Cake is King

Remember the joy you felt as a child during the Christmas/Hanukah season? There was always something to do, parties to go to, and holiday displays to “ooh” and “ah” over. Everyone seemed to have a sparkle in the eye and just seemed kinder and nicer to be around. For me, as a kid, I wanted the holiday season to go on forever.

Here in Mexico, it does. Well, not exactly forever, but the Christmas holiday goes on past the New Year, until February. Today, January 6th, is a huge part of the celebration. Today is Dia de Los Reyes, Three Kings Day, also known as Epiphany. I had never heard of Kings Day until I met John. We married right before Christmas and when January rolled around he came home one day with a King Cake. It had purple, gold and green beads and sugar sparkles on it. Since John grew up in New Orleans, I thought it was a Cajun thing, like Mardi Gras. He served me a piece of the cake and I almost broke a tooth on a little plastic thingy embedded inside. As I removed the object from my mouth, I discovered that it was a little plastic baby.

John explained that the baby represented Baby Jesus. And I’m thinking, so, Baby Jesus is cooked into a cake?

They sure didn’t teach this part of the Christmas story in the Sunday Schools in Texas.

He went on to tell me the “King” part of the cake represented the three Wise Men who traveled to meet Jesus and give Him gifts. Hiding the baby in the cake is representative of their search. He went on to tell me, that, in New Orleans, whoever gets the baby in their piece of cake, is supposed to host the next King Cake party, with their own cake, baby, etc. and, this goes on until Mardi Gras.

Wow! How could I have missed all this?

In Mexico, Three Kings Day is big, really big…especially if you are a kid. Here, it’s one of the most important events of the Christmas holiday season. The day is filled with family reunions, gift giving and tons of great food.

The holiday originated from Spanish colonization and Catholic tradition, and is based on when the three Wise Men, Gaspar, Melchior and Balthasar, traveled to see baby Jesus after His birth to bring Him gifts. For many of the children of Mexico, Santa is out, and it is the Three Kings that bring them presents. In the days leading up to Kings Day children make lists of their wishes, everything that they hope the Kings will bring them. Then they place the list on their shoes and go to bed. They may dream of sugar plums, but I doubt it. Probably churros.

The next morning (January 6th) if the children have been good throughout the year, the Kings fulfill their wishes by filling their shoes with goodies and gifts.

Most Mexican families leave up Christmas trees and decorations at least until all Three Kings Day festivities are over.

No sleigh, elves or reindeer, but rather, the magic of Christmas is brought to children by three regal “wise” gentlemen, probably riding camels and bringing very expensive gifts. Works for me! The cake itself is a flaky pastry, a lot like a coffee cake. The sweet dough for the cake is braided into a circle with a hole in the middle. It is decorated with candied colorful fruit, nuts, and if you are lucky, icing. The candied fruits represent the jewels in the crowns of the Kings. The coolest part, of course, is that inside the cake, baby Jesus is hidden. In Mexico, the person who gets this figure is supposed to host, cater or pay for a feast of tamales on February 2nd, Candlemas Day honoring Mary, the mother of Jesus. On February 2nd, the Christmas season is officially over in Mexico, unless we find out about a new holiday that we missed, of course. My Kingdom for a Cake

For the past 16 years John and I have celebrated Kings Day, usually by way of CAKE each year. In New Orleans, King Cake parties continue up until Mardi Gras so John knows a lot about these yummy, baby-filled delicacies. He has made, from scratch, two cakes since we’ve been together, once for a party we did for my parents and their friends, and once, just for me. Both were scrumptious.

We would have a significant baby collection by now if we had saved them all.

Since we’ve lived in Mexico, the holiday has taken on new meaning. Yesterday John bought new Nike tennis shoes to honor the children around here. Then we walked an extra mile out of our way to get this year’s cake from the highest rated (5-star) panaderia (bakery) here in Morelia. We each had a piece last night, and neither one of us got the baby.

I’m hoping John gets it since I know NOTHING about making tamales. However, I did find a great place that makes them, and Uber Eats delivers! So whether you believe in what Three Kings Day signifies, or you are into experiencing Mexican culture, this is a festive holiday seeped in rich tradition.

Sharing a Rosca de Reyes or giving a child a gift is about as merry and bright as you can get. It is just a part of what makes the Christmas holiday in Mexico special.

No matter where you are this season, if you are fortunate enough to share a King Cake with friends and family, hooray! Your celebration continues.

If you have been fortunate enough to witness the wonder in a child’s eyes during the past few weeks, yay! You’ve touched kindness and wonder in its purest form.

And, if you are lucky enough to be in Mexico right now, especially Morelia, where we are, you are experiencing the magic of the Christmas season in a different culture.

We love it, and, just like when we were kids, we want it to go on forever. The Magic of Morelia at Christmas, 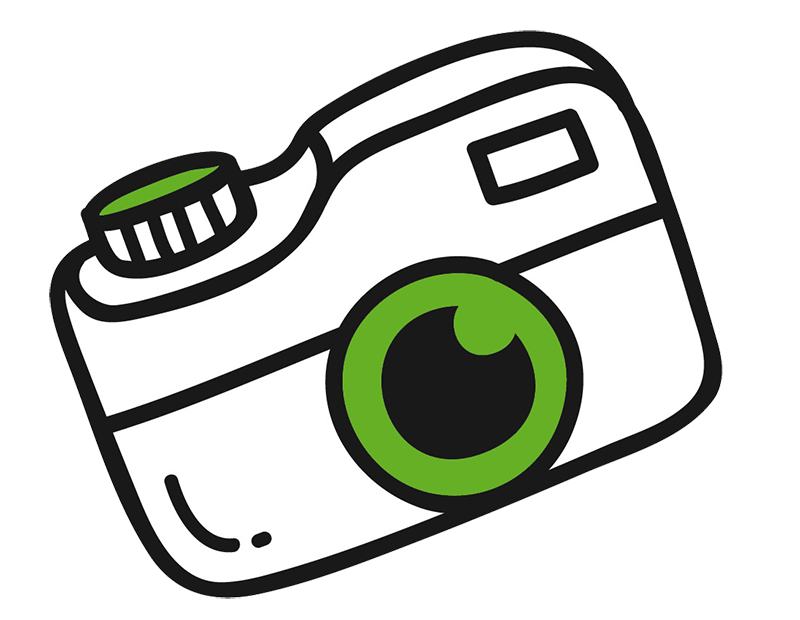 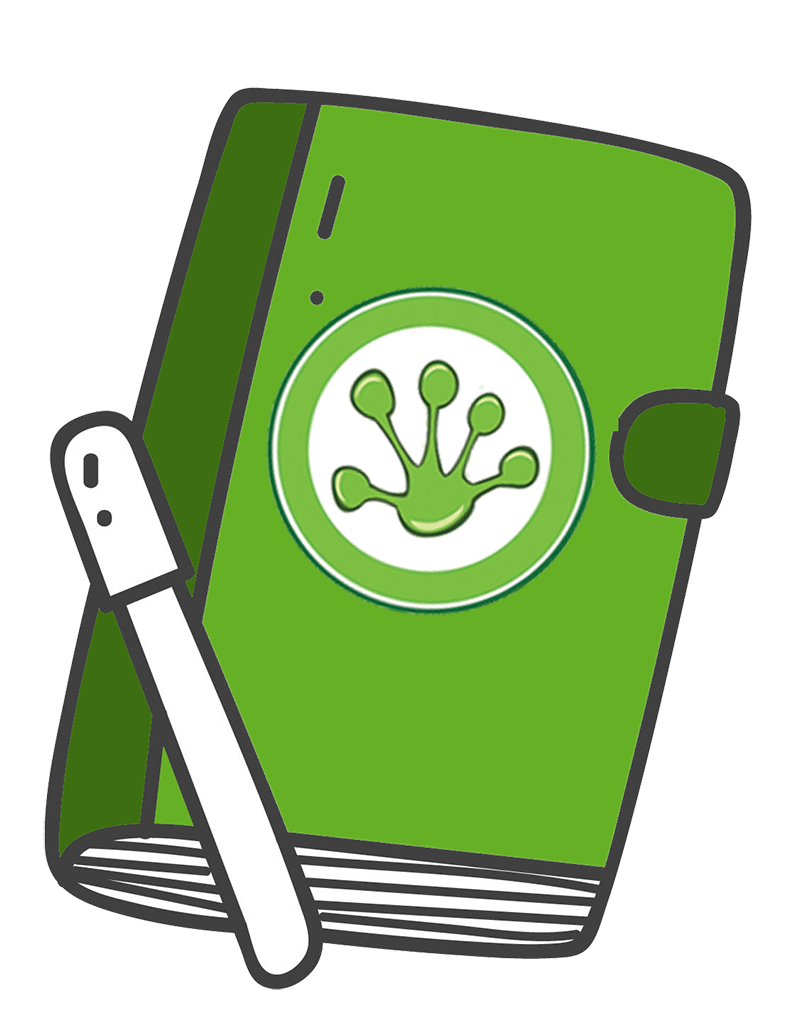